Well, here we are again, another end of year list.  First, big thanks to you for reading and engaging with us.  I have to say, this year’s list is more well-rounded than previous year-end lists.  I guess it is because I continue to get exposed to new bands and others that have been out a while, but are new to me.  Take my #1 for example.  I knew they were out there, but took it took me a while to sit down and have a serious listen.  I am glad I did.  One major difference between this year and my other lists is the (almost) absence of thrash metal bands.  While there are a few, not as much as I would normally have on my list.  Seems as though my taste in progressive based metal is expanding.  I guess it’s time to see for yourself.  Enjoy, and let’s have another great year in metal. END_OF_DOCUMENT_TOKEN_TO_BE_REPLACED 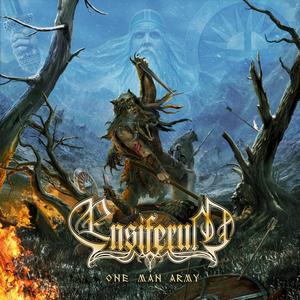 I like the opening riff to One Man Army (the song not the album).  It isn’t revolutionary in terms of guitar riffing, but the way it kicks off the song reminds me of early thrash metal; energetic and enthusiastic.  Take away the folk elements from this song and its core is pure speed/thrash metal.  Before you dismiss Ensiferum’s One Man Army (the album) as just another niche folk metal album, think again. Yes, you will hear all of the fundamentals of a folk metal album, but if you take the time to peel away the layers you’ll hear there is more buried between the swords, spears, and pre-battle hymns than you might expect.  And I will say this…the folk parts seem much more tame compared to older albums.