Songs: 5, plus same songs five as instrumental versions, plus one demo

I tend to get wrapped up in a comfort zone of reviewing music I know or at least bands that fall into genres I am comfortable with; usually death, thrash, and any variation of anything progressive.  Canada’s Every Hour Kills is challenging me because of the profound electronic presence in their songs; something I tend to shy away from for no real explanation except that…I shy away from it.  I wouldn’t say they rely heavily on the electronic elements, but for my taste, it is more than usual. END_OF_DOCUMENT_TOKEN_TO_BE_REPLACED

Tales From Bandcamp: Obelisk by Goya

A handful of years back Goya’s album 777 kicked my fuzzy stoner metal loving ass all over the place.  Hazy vocals, dissonant guitars, laid back drums, and crunchy grooves man.  So you’d be correct if you said I was looking forward to checking out Goya’s follow-up.  And here we are with Obelisk and Goya knocks it out of the park again.

This time we get a band that has taken a genre that can very quickly get stale and boring and livened it up with just enough bong rips to entertain us who no longer habitually partake in the inhalation of the sacred herb but still like the dank smell (and the occasional J).  Tighter and more varied songwriting hypnotize and captivate and big tripped-out, bluesy guitar solos and punchy drums add a beautiful contrast to the lazy drone of the riffs.  This is one hell of a trip into a well-crafted, surreal soundscape and shouldn’t be overlooked by any fan of the stoner rock/metal genre.

You know the drill, give the record a listen, dig in your couch for spare change, give the band money, tell your friends how much Goya kicks ass, drop us a comment or something, go about your busy day.  Enjoy!!! Peace Love and Metal!!!

Previous Albums:  This is their fourth album

Previous releases: This EP is their debut

Recommended to: Fans of rawkin’, rollicking, highly infectious female-fronted rock and metal across the moshing spectrum

My Wooden Pillow, a new band from the UK, invited Metal State to give their debut EP a spin. I’m so glad they did. What came out of the box – or, more accurately, the Dropbox – is a lustrous pearl.

END_OF_DOCUMENT_TOKEN_TO_BE_REPLACED

A couple of years past one of our readers suggested I give a listen to C.V.I. by Royal Thunder and pretty much right after the first spin I was absolutely in love with it.  It is unlike anything I had heard.  It encompasses the attitude of metal, the psychedelic tendencies of prog, the soul of blues rock, and the heart of Americana folk.  Yet, if one were to pin it to one or a mix of those genres, it just wouldn’t fit in too well.  It just sits there on its own doing its own thing.  Now the Georgian quartet are here with a sophomore release to one of my favorite modern records and it does not disappoint.  In fact, it quite surpasses any expectations I had.

As with C.V.I., a big driving force throughout the entirety of Crooked Doors lies within the singular voice of Mlny Parsonz.  Exuding soul, emotion, and gravitas on every single note her bluesy vocals float effortlessly through whatever color or mood her band mates throw at her.  Whether the personifying that snarl of grunge on ‘Time Machine’ or channeling her inner-Billie Holiday on ‘The Bear’ Americana suite, she will find a way tug at your heartstrings in some shape or form.  And her lyrics just amplify the passion put into the singing.

Royal Thunder is a band and not the Mlny Parsonz show however, and with such a notable voice like hers, you better believe the rest of the crew are no slouches.  There’s no superfluous solos, crushing rhythms, or show stealing riffs going on the record.  What the real talent here is how all four member work together to lift the other up and create interesting and concise songs.  On ‘Ear on the Fool’ a bright sounding ominous riff weaves through a serpentine rhythm creating this delightfully dizzying effect while the vocals keep the twisty turbulence in check.  On ‘Forget You’ the doom metal riffing feels right at home with rock and roll vocals and on ‘The Line’ the fuzzy guitar tone melds perfectly with the Mars Volta-like passages of proggy psychedelia.  There’s even a rather unique take on the ballad with ‘The Line’ delivering a grungy/country concoction. The record is filled with endless moments of one complimenting the other, and not only is it engaging but also makes repeat listens that much more enjoyable.  This is a band that really feeds off of each other and it’s a pleasure to listen to.

Starting with a bang and ending on a solemn and uplifting note, Crooked Doors is a complete package.  Whether you’re a fan of metal, rock, blues, prog, folktechbabbledethsludge-coorz, if you dig on simply damn great music this is a must listen.  Not wanting depreciate their outstanding debut, this album is the outcome of hard work and honing a craft.  There wasn’t a single moment I found my attention meandering from the music which is a testament to the strong songwriting and performances throughout its hour-long run time.  The highest of recommendations. Peace love and metal!!! 5/5

Album:  …And We Explode

Previous Albums:  This is their debut

Album Review: Primus and the Chocolate Factory with the Fungi Ensemble

Throughout my childhood there have been many films that have captured my impressionable imagination and then warped and raped it.  The Secret of Nimh, The Dark Crystal, The Brave Little Toaster, Labyrinth, Dumbo, Watership Down, etc.  They were all able to lure me in with colors, cuteness, and imagination and then rip the rug up from under me and show me the dark, seedy underbelly of the world in all its twisted glory.  I don’t know why, but I always tended to gravitate toward this style of film in my young age (and well into my teenage years and adulthood).  Sitting at the top of horrifically cute films lies the 1971 cinematic masterpiece Willy Wonka and the Chocolate Factory starring the great Gene Wilder in the role he was born to play; the magically mad Willy Wonka.  From the colorful cinematography to the densely dark under-themes of consumerism and greed the film didn’t shy away for a moment from the fact it was luring young kids into its mind-rape Ford Econoline van with pretty colors and promises of candy.

Another aspect of Willy Wonka that cements it as one of the greatest cinematic achievements is its soundtrack.  From happy and uplifting ‘Pure Imagination’ to nightmare inducing boat ride song the music of the flick covered just about every reachable aspect of places ones imagination can go.  And I’ll be damned if they weren’t catchy songs.  Don’t tell me you don’t find yourself humming the Oompa Loompa songs from time to time.  It was simply a quirky, fun, and occasionally dark bit of music.  And do you know what else is quirky, fun, and occasionally dark (ok, a bit more than occasionally)?  The long-standing oddball band, Primus.

END_OF_DOCUMENT_TOKEN_TO_BE_REPLACED

Album Review: With Our Arms To The Sun – A Far Away Wonder 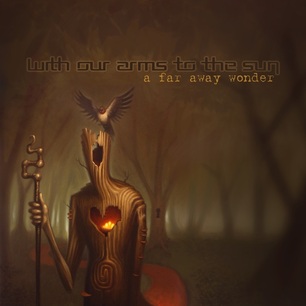 Album:  A Far Away Wonder

Albums:  This is their 3rd studio album.

For fans of:  Isis, Palms  END_OF_DOCUMENT_TOKEN_TO_BE_REPLACED

Tags: A Far Away Wonder, Cinematic, metal, Moody, Progressive, Rock, WIth Our Arms to the Sun

Song of the Week – Needless Needle

Posted in Song of the Week 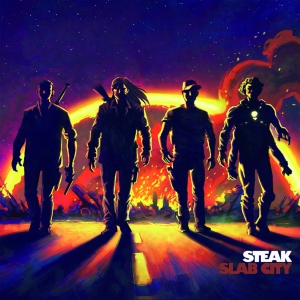