Parrots dance to music they like. Few types of birds do. Parrots, however, move to music in ways they never move to anything else. They ignore slow beats, so there are few if any funeral doom parrots. If you want a dancing parrot, play speed metal. That gets them moshing, bobbing their heads up and down while they shuffle from side to side like goofed-out metalheads.

I mention this because I don’t have a parrot. If I get one I’ll call her Thrasher. If I can find a male to mate with her, she’ll hatch out metal chicks.

There are no parrot songs in my selections for today.

END_OF_DOCUMENT_TOKEN_TO_BE_REPLACED

Over the weekend I checked the album selections for 2015 on quite a few websites that cover the various genres I love. Some of them, especially those with long lists like mine, feature bands I’ve never heard of. No doubt my lists include bands many people don’t know.

I believe I speak for all of us at Metal State when I say we end every year with a nagging, twitchy feeling that we missed something great during the year. It’s almost certain that we did. In the last 12 months we were offered a couple of thousand albums to review. No person, and no team of four reviewers, could possibly listen properly to that many albums.

To the bands that did make it onto my lists, even if I ranked you #50 that means I liked your work more than a few hundred other albums I played and enjoyed. The same goes for the lists my esteemed colleagues have posted. More good music is being made now than at any time, and I’ve been listening to plenty of music during most of my two-thirds of a century on this planet.

END_OF_DOCUMENT_TOKEN_TO_BE_REPLACED

Today’s the day I knock a bunch of you off your branches. If you haven’t learnt how to fly yet, put padding under your tree before you climb up to your roost.

As I mention non-stop, I love many, many kinds of music. So do a lot of you. I know some of you, though, think country music is to metal as Voldemort is to Harry Potter. To you folks, let me irritate you further by stating that country music has some of the best voices of any genre, and it’s lovely background music after a long, lazy Sunday lunch.

END_OF_DOCUMENT_TOKEN_TO_BE_REPLACED

I don’t want to give anything away, so I’m keeping my deadly, home-made crossbow. But enough of that, let’s focus on more lethal stuff than Mediaeval weapons. May I make so bold as to say there are some absolute killer albums in my selections today?

Why did I rank my top albums in numerical order of preference? Every time I listen to anything from any of them, I wonder if I shouldn’t merely have listed them alphabetical order. It’s bloody marvelous to have so much good stuff to blast the wax out of my ears and other nearby orifices.

END_OF_DOCUMENT_TOKEN_TO_BE_REPLACED

As I age (I’m in my lower 40s now) I ponder the fate of my long-standing favored bands.  Let’s face it we’re all getting older and for me that means there will come a time when I read a story about a favorite band of mine quitting or retiring.  Queensrÿche, along with the Big Four bands and many others have been around long enough that I dread the day of their eventual end.  I thought Queensrÿche might have been headed there earlier than necessary with their former vocalist at the helm and all the craziness that ensued.  But damn, Queensrÿche dusted themselves off, picked up a great lead vocalist, and threw some uppercuts.  2013’s self-titled album paved a new foundation for the band and there appears to be no looking back…only aiming forward.  END_OF_DOCUMENT_TOKEN_TO_BE_REPLACED

Roundtable Review: The Sun Explodes – The Calm, The Storm EP 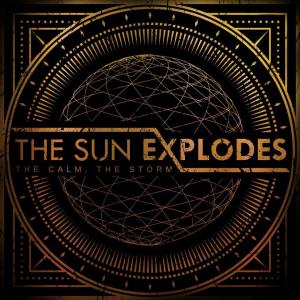 For fans of: Circa Survive, Children of Nova, Dream Theater, Tesseract

END_OF_DOCUMENT_TOKEN_TO_BE_REPLACED 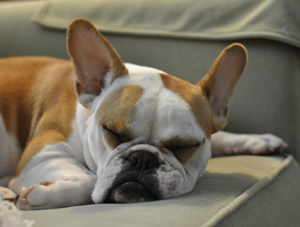 Weekends are when I park off in the Metal State vaults while the other writers argue about who should have won the Eurovision song contest. Unsupervised, I pick out new prog rock and extra-proggy metal to try. This afternoon, between naps and snacking, I found some goodies.

Some of these new or forthcoming releases are pure prog rock. Others are crossover prog rock / prog metal, some are prog metal, and some are… they’re music. Good music doesn’t recognise the boundaries that are supposed to surround it.

END_OF_DOCUMENT_TOKEN_TO_BE_REPLACED

Sonic Cathedral reviewed nine female-fronted albums during April. We’re doing a two-part digest of those reviews, including the album details and a very short summary of each review. Here are the first five. Part 2 will cover the next four.

END_OF_DOCUMENT_TOKEN_TO_BE_REPLACED

Trepalium are highly esteemed in France for their wildly eccentric and addictive style of metal. They’re not yet totally famous around the world, although four of the five members have been together since 2000 and the present members started making demos in 2002. If you’re not familiar with Trepalium but you love the most musical of experimental metal, be prepared for Damballa’s Voodoo Doll to blow you away in an orgasm of creativity. END_OF_DOCUMENT_TOKEN_TO_BE_REPLACED

Visiting every corner of “The Great Bazaar” is an experience of unfolding wonder and amazement. Subterranean Masquerade are purveyors of musical splendour and delight. Their integration of any number of metal and prog rock styles is constantly unpredictable, varied, and jaw-droppingly delectable.