I listen to huge amounts of melodic death and progressive metal. Nu metal isn’t a genre I follow closely. When a good song happens along, however, it sticks.

Dark Metal Cat also doesn’t follow nu metal closely. He does, however, follow a huge number of mice and geckos.

Don’t dare tell him he can’t follow a tune. He has very, very big, sharp claws.

END_OF_DOCUMENT_TOKEN_TO_BE_REPLACED

I could have used up the remaining 12% of my working brain and cut the list for 1998 to ten songs. The trouble is that many favourite songs change places quite often on anyone’s list, and I didn’t want to leave any of these out.

END_OF_DOCUMENT_TOKEN_TO_BE_REPLACED 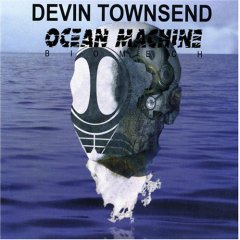 Studio Albums: Too many to mention!

END_OF_DOCUMENT_TOKEN_TO_BE_REPLACED

Devin Townsend is a member of the stratospheric, charismatic elite in metal who are masters of originality, composition, performance, team-building and production management. The biggest names in metal jump at the chance to take part in Townsend’s projects.

He is also one of the zaniest people in modern music. A consistent element of his work is humour, often directed at himself.

Before we get down to his remarkably varied choice of albums for this year, let’s hear something suitable eclectic from the Devin Townsend Project. This song, Lucky Animals, is from the 2012 album Epicloud.

END_OF_DOCUMENT_TOKEN_TO_BE_REPLACED

Lots of free music? Of course you want some! 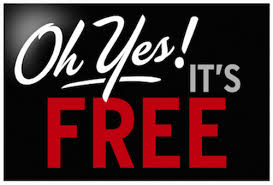 Here are links to five different metal compilations from three different labels, all FREE to download. They include bands like Queensrÿche, Fates Warning, Skyharbor, Devin Townsend, Extol, Misery Signals and many more. It would be stupid to not take advantage of this opportunity to check out some new bands or just get free songs. Basick Records, for example, is my favourite label and they have some excellent progressive/tech/core bands. I hope you find something to your liking too!

#22 Chimaira – The Impossibility of Reason

This is not a band I usually listen to, however this song came up on a random list in Spotify and the cool combination of guitars and drums in the intro made me want to hear more. It proved to be a really good song too, with a slow, heavy chorus

‘You fall face down at the sight of yourself, no one to pick you up. Look what our lives have become…’

and a nice guitar solo at the end. From the album ‘Impossibility of Reason’ released in 2003.

END_OF_DOCUMENT_TOKEN_TO_BE_REPLACED

I know every year I say that this was one of the best years in metal, but its true, and 2012 was no different.  I guess that says a lot about the state of modern heavy metal.  The genre has grown into something that was unfathomable at its inception.  In no other genre will you find such a diverse set of different acts all boasting such pure passion for what they do.  I was also exposed much more music than usual this year since Metal State kinda took off with a spike in readers (thank you!!!) and we started receiving promos from labels and bands looking for exposure (don’t worry, we won’t tell you about the crappy stuff or skew our opinions because a label hooked us up with some free music or a t-shirt).  So, when I think about 2012 in metal I can’t help but to return to reflecting on how diverse the genre has become.  You will see in my toplist that no single sub-genre really dominates (well I guess you can tell I am a fan a prog metal and was big into the female fronted doom metal bands this year) and there are some amazing albums all across the board in metal this year.  There were also a ton I left out which I will post about in the coming days in a quick honorable mentions post.  So enough dilly dallying, let’s get it on!  Enjoy!! Peace Love and Metal!!!

END_OF_DOCUMENT_TOKEN_TO_BE_REPLACED

Videos of the Week: Lucky Animals, The Diplomat, and Been Away Too Long

And to close off the week here are my picks for the best heavy metal videos to come out over the past couple of weeks.  First up is the video for “Lucky Animals” by Devin Townsend.  You may remember a while ago I posted a video of Devin doing a silly dance to his latest single and that was the precursor to the idea behind the full-fledged official video.  Using clips sent in by fans, Devin created a collage of videos to make one hell of a music video worth watching several times to see all the crazy and silly stuff his admirers sent in.  It’s always cool when an artist does videos like this and getting the fan base involved in the music.  It makes the whole thing much more personal.  And damn, if that ain’t a catchy tune.

Next up is Pig Destroyer’s video for “The Diplomat” off their rage filled new album, Book Burner.  If you go back a couple posts you check out my thoughts on the record as well as listen to the whole thing yourself.  The video is really neat with its Stanley Kubrick film style mixed with a really neat color and layering video effect.  The message the video sends is also quite powerful as ‘the diplomat’ arrives on a planet of space gorillas, shows them something shiny, introduces guns to them, and chuckles as they discover the joy of gunpowder fueled battle over who gets the shiny object.  One of the do not miss metal videos of this year.

For the final video, Soundgarden’s return to new music is quite the surprise.  I loved Badmotorfinger and Superunknown, but I feel that the Seattle band lost their spark on everything else released after that.  They didn’t become flat-out bad, just rather boring.  So I didn’t put too much stock into their new record being to great, but a return to form would be more than welcome in my CD collection.  Unfortunately the new record, King Animal, and the lead single off it “Been Away Too Long” are mediocre at best.  So why does it get a spot here?  Well the video is pretty damn cool looking.  The concept isn’t anything new, but I’ll be damned not to say it’s well-directed and sharp-looking.  Worth checking out.

Posted in Video of the Week 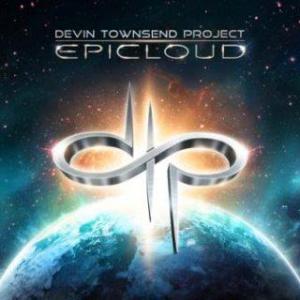 Some years ago Devin Townsend found himself at a crossroads in life which led to him kicking a drug abuse habit.  The newfound, sober Devin took to his passion of music to fill the space where drugs had once impacted his life and one could say he is now hooked on a new drug, writing music.  Since he cleaned up his act the rate at which he has been releasing albums is astounding.  In less than a year, his latest album, Epicloud, makes his 3rd full length release within a 365 day period.  Even crazier, each of these 3 albums (the other 2 being Deconstruction and Ghost) is a completely different listen than just about anything in the man’s massive musical repertoire.  It seems that Devin can write quality music for just about every genre of music, but has quite a soft spot for pop music.  Songs like “Christeen” and the album Addicted definitely show this, and Epicloud is Devin’s biggest love song to pop music, all with that classic Devin Townsend metallic twist.

END_OF_DOCUMENT_TOKEN_TO_BE_REPLACED

I’m a few days late to the party on this stream, but better late than never.  If you have yet to check out the next masterpiece in Devin Townsend’s insanely diverse catalog of music, go to town.  I’ll hold back my thoughts on the record until I get my hard copy of the album and write up a full review, but I will say, this is excellent (would expect anything less from Mr. Townsend?) and has a lot in common with his more upbeat works like Addicted.  Click here or the album cover above to go to the stream provided by Progrockmag.com and check out the video below of Devin doing a silly dance to the song “Lucky Animals”.  Thanks to Guls of Musicbugsandgender for bringing this to my attention.  Enjoy!  Peace Love and Metal!!