And so we reach the final countdown in my personal 21-year journey through metal. If you all promise to behave nicely, I promise not to post that song by Europe.

It’s been a good ride. Thinking back to the first time I heard Sabbath, metal has given me a wonderful ride for more than 40 years.

What’s really beautiful about metal – to me, at least – is that it keeps growing bigger, more diverse and better. I greatly look forward to continuing the journey until my brain atrophies again, as it did a couple of years ago when it turned into a fossil like the rest of me.

END_OF_DOCUMENT_TOKEN_TO_BE_REPLACED

I haven’t referred to my list of top albums of 2013 that I posted on Metal State at the end of last year. I don’t need to because I know it’s markedly different to my current sets of year-by-year hit parades. This series has featured my favourite songs, not albums. It hasn’t included non-metal, whereas my top albums list did.

I set another condition for myself at the start of this exercise, which has been a wonderfully enjoyable game. To spread the pleasure among the artists who’ve given me so much pleasure over the years, I chose only one song per year per artist. There too I’ve been arbitrary at times. There are albums so good that just about any song would be a contender for top song by that artist.

No doubt my lists would look different if I re-did them in a year’s time. Music shapes itself to our moods.

END_OF_DOCUMENT_TOKEN_TO_BE_REPLACED

Three lots of prog metal today, from Dante, Oceanborn and Leprous. Also deathcore from Within The Ruins and melodic death from Amon Amarth.

I hate it when Dark Metal Cat goes gallivanting with feline temptresses and isn’t here to write my intros for me.

END_OF_DOCUMENT_TOKEN_TO_BE_REPLACED

While I’ve been playing with so much metal in the last few months I’ve wondered about my taste, which isn’t the same as yours or anyone else’s. Your taste is also unique. Two or three people with a common interest in certain types of metal may agree on their favourite album of a particular year. If those three were to make their top ten lists for just three or four years, however, it’s almost 100% certain there would be three quite different sets of lists.

What is taste? Can it be defined? There is some concensus among critics about what is good. There is never universal agreement. Music is too intangible and personal.

What then about the bottom-line question: What is the best music? I have only one answer to that, and it’s been my answer for many decades… the best music is the music you enjoy the most. It would be gravely presumptuous of anyone to tell you otherwise.

Ultimately there are only two types of music for anyone – music you like and music you don’t.

END_OF_DOCUMENT_TOKEN_TO_BE_REPLACED

Since this is the last week of my year-by-year hit parades, I’m overindulging myself completely by posting my top 25 songs of last year. This’ll be good practice for making my list of my top albums of 2014.

Next week I shall reveal the true identity of Dark Metal Cat unless he gets me first with his very big paws and his very, very sharp claws.

END_OF_DOCUMENT_TOKEN_TO_BE_REPLACED

Arjen is one of the most prolific and creative composers and musicians in modern metal. If you don’t already know, his projects have included Ambeon, Ayreon, Guilt Machine, Star One and his own solo album. The spectrum of his music spans across many colours on both sides of prog metal. It embraces power metal and symphonic metal on the heavier side. On the hippie side, it extends from symphonic prog (every project) to art rock (with Ambeon). All of his projects are a glorious integration of different styles.

It seems appropriate to preface Arjen’s Top 10 with a song from his solo album, The New Real. This song, Pink Beetles in a Purple Zeppelin, is specially fitting. It is Arjen’s wry and lyrical take on a hypothetical death of musical creativity. As long as the world continues to produce people like him, of course, that will never happen. END_OF_DOCUMENT_TOKEN_TO_BE_REPLACED

There’s more to life than music. I don’t know what, but somebody said there is.

There’s more to life than music and sex. There are other sources of unending pleasure. But… but… Mammal, you don’t play computer or console games! What else can there be, other than beer and sneaking more cigarettes than you should?

Well, there will be more great music in what’s left of this year. There won’t be any new entertainment, however. I have enough reading to keep me going into 2033. All that’s left in Other Entertainment in 2013 is variety shows featuring Cliff Richard, highlights of news you didn’t watch when it was news, and animated movies about Santa Claus fighting a Michael Jackson zombie that eats little boys.

Here, then, is my best of what was during this year. It’s ordered by vaguely logical flow, not by particular preference. END_OF_DOCUMENT_TOKEN_TO_BE_REPLACED

Posted in Mammal's Entertainment Top 10 of 2013

Remember how I was saying that the new Revocation album is f’n killer in my review yesterday?  Well, now you can hear it for yourself and then tell me how right I am.  Guitar World is hosting the stream so click the link below to get to listening to one of the finest thrash metal albums of the year.  Enjoy and let us know what you thought.  Peace Love and Metal!!!

<<Click Here To Go To The Full Album Stream>> 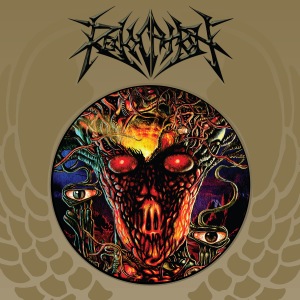 Why do I like heavy metal music?  To get into the specifics of it would really lead me to writing a long-winded, boring, self-serving dissertation on psychology, the human condition, and the release of more inner feelings than I would ever care to put onto the internet.  But to sum the question up nice and concisely, I love the energy of heavy metal.  Whether it be electric-like energy of thrash metal, the aggressive energy of death metal, the groove energy of stoner/doom, or the mish-mash of all energies in prog.  Everything about the energy of heavy metal and its various genres effect my being more so than any other style of music.  But regardless of genre, more often than not, bands/albums don’t reach their full energy potential and after listening to so many albums that don’t reach that 100% energy level one tends to become complacent and 90% becomes the 100%.  Ya, follow?

What am I getting at here?  Well, even though there have been many superb albums released this year, after listening to the new self-titled album by Revocation ad nauseam for the past couple weeks, it feels like those albums that felt like 100% energy at the time were just 90%ers.  Nothing against those brilliant records, but now that the ‘energy bar’ has been raised, it a tad difficult to go back to them and not ask for that next 10%.  So, as you probably guessed by now, the new Revocation album is a record that oozes with energy, pure, raw, uncompromising energy that don’t take no shit from no one.

END_OF_DOCUMENT_TOKEN_TO_BE_REPLACED

So, I’m about 5 songs into the new Queensryche album and I have to say, Holy Shite!!!!  If it isn’t obvious after listening to just a few songs on this record, it’s quite obvious who was holding the band back for nearly a decade.  New singer Todd LaTorre of Crimson Glory fame fits in with the band perfectly and the writing on the record reaches back to when Chris DeGarmo was the lead scribe of the band, albeit with a more modern and updated touch.  I am thoroughly impressed so far.  I really don’t have much else to say other than if you have been yearning for some quality Queensryche material, consider today your birthday.  Give it a listen and let us know what you thought!  Enjoy!! Peace Love and Metal!!!!