← Mammal’s most recommended new albums: Assorted genres
Album Review: Coma Ecliptic by Between the Buried and Me →

As I said in the first part of this series, so much great music has been arriving at Metal State this year that it’s impossible to review everything. Yet it would a crime, not merely an omission, if we failed to bring the best of different types of music to your attention. Therefore, here’s another selection of superb bands with new or recent albums that deserve all the attention they can receive.

This episode covers some of the slightly more obscure sub-genres of progressive rock. It’s one of those occasions when I wear my Other Music cap. If you don’t already know, I ostensibly came on board Metal State to review and write about non-metal bands as well as the numerous flavours of metal that tickle my fancy and other parts. We will gloss over the real truth, which is that the Metal State team invited me to join them because I am irresistibly cute and charming, like a favourite garden gnome.

Our collective reasoning is that many metal fans enjoy other kinds of music too. We’re talking about niche music, not the mainstream pap on commercial radio stations. Looking a little more closely at this idea, I’d say progressive rock is no more unlike most kinds of metal than grindcore is unlike symphonic metal.

I’ve included album ratings with my mini-reviews. Remember that 4 out of 5 is “Excellent” and a full 5 is “As Good As It Gets”.

And So I Watch You From Afar – Heirs

This album delivers the best of two prog rock sub-genres, post rock and math rock. I’ve filed it under post rock in my library because the music places more emphasis on smooth melody than the deliberate discordance that characterises a lot of math rock. The band builds atmospheric layers of sound with sensitivity and also some forcefulness. If you know and love Russian Circles, then And So I Watch You From Afar should easily win your favour too.

Visit And So I Watch You From Afar on Facebook.

What an excellent debut! Grand Détour construct very clever and musical math rock. The only real “math” in math rock is the unusual time signatures which may include 7/11, 13/17 and other odd beats to the bar. However, these guys from France must have studied chaos theory, which reveals a deep, underlying order beneath seemingly random processes. Their style takes in the common elements of math rock, such as variations in pace, sudden pauses, and contrasting gentle and exuberant passages. Where this band excels is in pulling all the instruments back from their individual meanderings and into a solid, cohesive stream of sound. 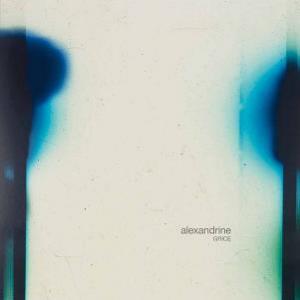 Pure magic. Utterly enchanting. “Alexandrine” is a definite Mammal album of the year contender. Grice, the composer, singer, musician and driving force behind the band, pours enormous amounts of emotion into his songs, and his vocal style is grippingly pensive and expressive. Art rock is already one of my beloved forms of prog rock because it draws from other types of music I love deeply, especially avant-garde prog and classical. It is also influenced by early psychedelic rock. Grice combines those styles magnificently.

Heights – Phantasia on the High Processions of Sun, Moon and Countless Stars Above

The long title of this album suggests serenity, and that’s what it brings me. It’s the smoothest, most relaxing post rock I’ve heard in quite some time. Mellow is a good word for it. The individual virtuosity of the three band members is highly evident, and so too is the seamless interplay among the instruments. Heights is a fine name for the band. Their music floats me above the mundane daily business of life and lets me glide through the galaxies. Want to chill out? Play this album.

← Mammal’s most recommended new albums: Assorted genres
Album Review: Coma Ecliptic by Between the Buried and Me →