← Tales from Bandcamp: Sleep at the Edge of the Earth by Wilderun
EP Review: My Wooden Pillow – Uncomfortable →

Tales from Bandcamp: A Few Nature Metal Albums I Quite Like

What exactly is ‘nature metal’?  I don’t know, it’s just a label I slap on stuff that has heavy themes of nature either in the lyrics or music itself.  Often it turns out to be some kind of trippy black metal band, but I don’t just restrict it to that.  Today being Earth Day and all I thought I’d post about some albums I really enjoy from this ‘genre’ as it is one of my favorite subgenres of metal.

Since I like Bandcamp a lot as well and thick everyone should be buying from there, I am restricting this post to records that are available there as well as streamable in full so you guys can give them as listen.  Also, one record per band and stuff that is somewhat modern.  If you have any ‘nature metal’ albums you’d like to recommend to me, please, I’d love to hear about it in the comments!  Enjoy!!  Peace Love and Metal!!!

Marrow of the Spirit by Agalloch 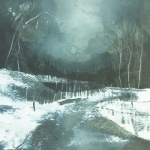 The fathers of nature metal.  Anything with Agalloch’s name on it pretty much guarantees I will love it.  What really captures me about this band is how well the personify the unspoken beauty of the majestic wilderness.  Picking a favorite album from these guys is nigh impossible with each one equaling in quality yet delivering wholly unique experiences.  I went with Marrow of the Spirit basically because Black Lake Niðstång is my favorite song of theirs.  It’s funeral doom slow and more foreboding than an H.P. Lovecraft story, yet behind it’s teeth is such rich and shattering beauty.  It’s like sitting alone on the edge of a pond during a frozen winter night pondering the things the mind tends to ponder.

The rest of the record has the band exploring their more black metal side, yet they leave plenty of room for stirring acoustic passages and meandering whispers of the trees.  If you have yet to spend any time with Agalloch, I can not implore you do so enough.  Everyone else should understand why I love this band so much as I’m sure it’s likewise.

While most nature metal tends to be quite ‘European’, Panopticon’s style calls upon the majesty of the Appalachian region of The United States.  With Kentucky, Panopticon fuses traditional bluegrass music and its accompanying instruments into whirlwinds of ferocious black metal.  The result gives me a feeling that is like standing atop a mountain gazing out into a sea of green below.  Liberating, introspective, and absolutely overwhelming.  This is the kind of music that brings tears to my eyes.

They theme of the record is about the shitty practices of coal companies and how horribly they treat their workers, which is still an ongoing problem especially in the Appalachian region.  Having music represent untouched nature is also a great reminder how we should always respect its beauty and live symbiotically within it.  Remember, as soon as Mother Earth has had enough of us she will kill us all and keep on spinning 😉 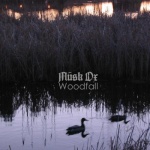 While there may be nary an electric guitar, grunted vocal (or vocals for that matter), or driving pace, Musk Ox really take their metal label from how wonderfully they execute atmosphere.  Melancholic, yet uplifting.  Each instrument personifies different aspects of a forest.  The cello bellows gales of wind, the acoustic guitars babble as brooks, harps chatter like creatures, violins whisper between the trees.  Each note is lush and each arrangement expressive.  If you put your ear to the ground and listen carefully, this is the music you will hear.

The Morningstar by The Apache Revolver

Growing up on the Jersey Shore I’ve spent countless dawns sitting on a jetty by my lonesome watching the sun rise.  This EP by The Apache Revolver does a damn fine job at capturing that feeling I got as chilling wind breezes got warmed over by the budding sun.  The dreamlike shoegaze nature touches upon the thoughtless disarray of my mind, the tumultuous black metal pounds like the waves on the rocks, and the tone and keys of the guitars give it all an oceanic touch.  There is also an overwhelming positive feel to everything on the record as apossed to the melancholic emotions generally portrayed in the genre.  These guys also have another EP out called The Midwinter which is also excellent.  Check ’em out!

← Tales from Bandcamp: Sleep at the Edge of the Earth by Wilderun
EP Review: My Wooden Pillow – Uncomfortable →