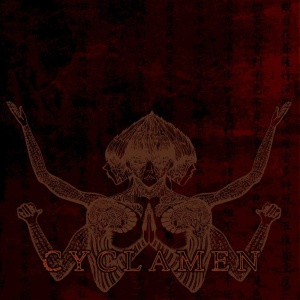 Challenging, heavy, unpredictable and fun. One of my favourite releases this year.

Release Date: October 13, 2013 on their own label Realising Media

Description: On Cyclamen’s Bandcamp page it says: DIY-To-The-Core and I get a sense that those words were written with a feeling of great pride and accomplishment. After hearing the new album and seeing Cyclamen live (and meeting them after the show, such great people!), I understand why. This is a fascinating and very different album, with influences from things and places I can only imagine in my mind.

The brain, the manager and the force behind everything that has to do with the band is Hayato Imanishi and in 2008 he

started creating music in his bedroom. He quickly made a good reputation of himself and worked together with musicians from Monuments, Chimp Spanner, TesseracT and SikTh. The band now has a solid line-up of talented musicians and have been all the way over in Europe to play live shows.

‘Ashura’ is a good bit heavier and darker than the debut album, with plenty of pounding bass rhythms, complicated and frenetic guitar shredding and aggressive, frustrated singing. All this is blended with surprisingly catchy melodies and choruses which makes the album quite accessible, if not on the first listen, at least after a couple of spins. I like the play with contrasts; the heavy parts are raw, honest and emotive and the melodic, post-rocky moments are sweet and instantly appealing. This description might sound like your average modern metal band, but like I’ve said, this is far from average music. It might take some time and effort to get into, but once you do, you’ll find that Cyclamen has a very eclectic and enjoyable sound with lots of details and interesting twists. Their albums are based on one long story that will be revealed in full after the third album is released.

‘Ashura’ is available in two versions on Bandcamp, one mastered by Hayato Imanishi himself, and the other one made by TesseracT’s Acle Kahney in his 4D Sounds studio.

Conclusion: This is an album filled with timeless, genre-bending, progressive music that should appeal to fans of many different styles. Cyclamen makes music that is sincere and dynamic and very fun to listen to. ‘Ashura’ is definitely one of the highlights of this year. 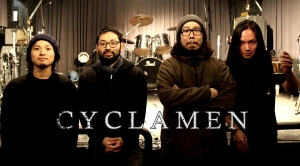 A friend told me that I was delusional. I almost fell off my unicorn.
View all posts by Irmelinis »