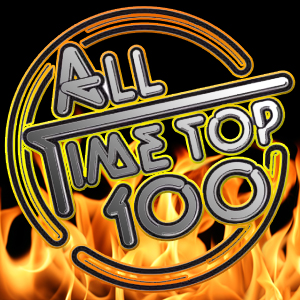 Over on my favorite forum for rambling about metal, The History of Metal (it’s an open Facebook forum, so anyone, meaning you, can join and flap your jaw about metal with a wide variety of metalheads from all over the world), the admin made a challenge to all the members to create their top 100 albums of all time. Loving making lists I’m all on this. Between the ~1500 albums I have there is a lot to filter through and this has turned into quite a daunting, yet fun, challenge. This list will represent where I am with my favorite albums right now, if I were to do this last year or next year, while being similar, I’m sure there would be lots of differences. My only self-imposed limitation on this is I’m confining each band 3 albums in the list to avoid entire, very large, discographies over saturating it. Every 5 days or so I’ll make a post with the next 5 entries into the list. Fellow bloggers, I extend this challenge to you (and be sure to let me know where and when you’ll be posting it, I’d love to read it), and for readers without a blog join up with THOM and post yours there! Enjoy!!! Peace Love and Metal!!!

#60 Tales from the Punchbowl by Primus 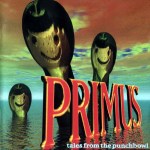 I still remember the day that I bought this record. Me and my family were taking a road trip to Florida to go to Disney and Tales… release happened to be one of the days we were all on the road. I kept having my dad take a random exit here and there in hopes that there would be a record store close by so I could grab my precious new Primus album and make the long hours of the drive pass by more quickly. After 2 days on the road we finally found a random record store and I got my Primus fix.

At first I didn’t know what to think of Tales… I wouldn’t call it a departure from Primus’ earlier work as all that bass heavy quirkiness is there. That dark atmosphere from Pork Soda also carried over, but initially I had mixed feeling about this album. It was just weird, for Primus standards that’s quite a feat. As time went on and I kept listening it really started to grow on me. The dark, psychedelic songs really started to click and before long it was getting regular rotation. The fun songs like “Wynona’s Big Brown Beaver” and “De Anza Jig” were always a blast to listen to, but tracks like “Mrs. Blaileen” and “Glass Sandwich” really made an impression on me with an atmosphere unlike anything I’ve ever heard before. And then there’s the Pink Floyd-ish “Southbound Pachyderm” and the insanity drenched “Over the Electric Grapevine”, two of the best songs Primus has ever written.

#59 Gods of the Earth by The Sword 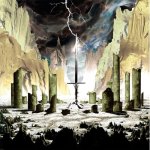 The Sword are a band that just keeps better and better by leaps and bounds. I was blown away by their sludgy debut Age of Winters and their sophomore record did what any great follow-up should do. It was bigger, better, and more kick ass. The production was tightened up for a cleaner sound, all the musicians skills at their craft increased tenfold, and the songwriting was tighter now adding some awesome flow and structure to the barrage of old school riffing. It was about when this album was released and blew my mind that The Sword worked their way into the upper echelon of my all time favorite bands. I also absolutely love the artwork in the packaging for this record along with the videos that they released as support. The vid for “How Heavy This Axe” makes me want to run out and sport a pair of bell-bottom jeans.

#58 The Blackening by Machine Head 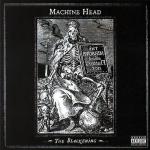 Want to talk about one hell of a pleasant surprise. When I picked up The Blackening I honestly wasn’t expecting what I got. They have always been solid, but up until the day I got The Blackening nothing really blew me away like their debut record, Burn My Eyes. Instead of just the very solid but standard release I was primed for, I got one of the best thrash metal albums that has ever graced my ears. I don’t know what kind of fire was lit under Robb Flynn and Co.s ass, but damn, whatever happened worked. Opting for many much longer songs than the usual MH fare, each track on this record is an absolute Epic (capital ‘E’ there). Hands down, best MH album. Also one of the best live bands out there, if you ever have a chance to see them live, do not miss.

And the mighty Opeth make their first appearance on my list. In essence, while these 2 records are polar opposites, they are brother and sister records that I have always considered the part of a single collection and separating the two would be considered a sin in my book. They were originally intended to be released as a double album, but, ya know, record companies. When listened to side by side Damnation‘s soft and mellow rock perfectly complements the intensity of crushing compositions on Deliverance. That’s a big part of what Opeth’s sound is about, the contrast between the beauty and the beast. For this set, they just brought it to a grander scale. 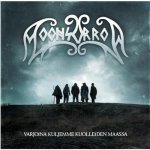 The best way I can describe this album is to think of the popular novel, Cormac McCarthy’s The Road(don’t try to substitute the film…). The coldness, the bleakness, the darkness, danger at every turn, the Earth at an end, all those things Varjoina kuljemme kuolleiden maassa(As Shadows We Walk Through the Land of the Dead) captures brilliantly. But, honestly any good metal album could do that, what really sets this apart and why I reference The Road is because amid all the pain, drear, and sorrow there is an underlying hope for the future, and there is a certain beauty to the images of a frozen post-apocalyptic wasteland. Heavy and dirty snow atop a scorched tree, expansive landscapes, and a pure hope that the world will return to its once great majesty. The lyrics are sung completely in Finnish(which are wonderfully translated in the liner notes), so for many listeners such as myself, it’s really the music that is telling the story and conjuring image after image, no easy task. Crushing and stunning front to back this album gives me chills and just blows me away time and time again.