We are at the time of year to reflect upon at what albums really made an impression on me – it’s time for the mid-year best of list.  We are half way through a pretty amazing year as far as metal is concerned.  Quite a few veteran bands out there released some stellar music…with one New Jersey band topping my list so far.   One thing I love about blogging with fellow metalheads is that we all love metal equally, but definitely have a fondness for different subgenres.  Both Matt’s and Mark’s lists are great and unique and give me something to listen to…some of that stuff I haven’t heard yet.  I hope I can offer the same in return.   Here is my Top 5 list for mid-year 2012.

Paradise Lost is one band that has explored musical avenues far from the Gothic, Doom sound they helped pioneer a couple of decades ago.  Their latest few albums have brought the band around full circle with their latest album, Tragic Idol, being no exception.  Tragic Idol continues the return to roots trend with it being very dark and moody, but not quite a Gothic as their first couple albums.  They still retain a level of melody that allows them to give you the feel of impending doom without being overly dramatic.  They‘ve got a good vibe which makes them a pleasure to listen to.

I think guitar albums are pretty good.  I usually find some value in them, but almost never find them to have so much replay value.  It’s only been in the last few years I have become familiar with Jeff Loomis though Nevermore.  When I heard his latest solo album was released, I picked it up thinking there would be a few killer songs with the rest being filler.  Well, as you can see this album is in my top 5 so far; needless to say it is a serious ass-kicker.  It does sound a little bit like Nevermore without a vocalist, but is that honestly a bad thing?   There are several guest musicians, so really almost all the songs on the album are Jeff Loomis with special guests.  It’s definitely worth checking out.  Check out this video below, he makes playing the guitar look so easy… 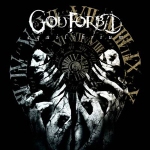 Considering I do not own any other God Forbid album other than Equilibrium should say a lot about this particular album.  I always thought they were cool, but when this promo copy arrived in the mail I was seriously blown away.  This New Jersey band seriously rocked it this time around.  There is seriously nothing wrong with the album and for that reason will more than likely remain on my end of the year list.

Eluveitie is another band new in my life.  My first experience was when I saw them open for DevilDriver in 2009.  Even after I saw them I still couldn’t pronounce their name until I went to look them up.  I have been listening to them ever since.  Their new album is full of Folk-infused metal, but is also quite heavier than some of their older music that I am familiar with.  Helvetios is a very well-rounded album, from the downright Thrash songs, to Folk metal, to more stripped-down rock songs.

This is the other New Jersey band I was talking about that topped my list.  Overkill was always one of my favorite bands; very reliable and always full of energy.  They seemed to get a little stagnant for a while, but Ironbound changed that and The Electric Age is nothing but pure energetic Thrash metal at its finest.  Though the album doesn’t boast anything other than brute Thrash, it is one upbeat and high-energy experience; simply amazing for Overkill to continue doing what they do best after so many years in the business.  Budding Thrash bands need to take a lesson from a band like Overkill.

Some other noteworthy albums are by Kreator, Soen, L’Alba Di Morrigan, Prong, and Six Feet Under.  I think Kreator is shaping up for a very strong top 10 finish for the year.  Phantom Antichrist is a very impressive Thrash album.  Other than music, I like my share of videogames.  I haven’t played too many games this year because most of what I played was time-consuming.  So, instead of my top 5 I am going to highlight my top 3. 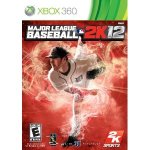 Though not much improved, if at all, from last year, I do like to create a player and play him in the big leagues.  I played this game probably more than any other baseball game in recent memory; actually I’m in my fourth season so far, this time trading myself to the Red Sox so I can hit some line drives off the Green Monster in left field.  It still has some replay value, so definitely worthy to mention as one of my favorites of 2012…so far.

Though released in 2011, I didn’t get around to playing Saint’s Row:  The Third until recently.  If you have ever played Grand Theft Auto(GTA), then you pretty much get Saint’s Row.   GTA got old for me after a while.  I liked SR3 mainly because it was less exhaustive to play than GTA.  My game on SR3 saved more often; when I was in the middle of a level I would reach save points which kept me from having to start an entire mission all over again if my character died.  This feature kept the game moving along more quickly with less frustration.  I think I managed to beat it in around 33-hours – well worth the money and well…just plain fun. 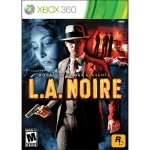 L.A. Noire was unlike any game I have ever played.  It was just like your mid-century crime-drama complete with investigating crime scenes, questioning witnesses, charging suspects, and chasing criminals.  Rockstar made this game which gives it an open environment feel like you got playing Grand Theft Auto.  However, L.A. Noire was a story that had a path.  As a cop you start out on the beat and work your way up to the solving the biggest crimes.  There were tons of cut scenes, back story cinematic cut-scenes, and seriously some of the best voice acting in a videogame I have ever heard.  From start to finish, this game kept me hooked until the last scene.  And I can’t believe I found this on Amazon.com for only $20.00.  What a gem of a game.