It’s that time of the year where all list loving bloggers start naming the best of 2011.  To kick of my list-mania here are my picks for the best album art of 2011.  Enjoy and let us know what some of your favorite album art was for this year!  Peace Love and Metal!!!

One thing you may notice as I list my top album art is I like it when the artwork coincides with the music of the album.  The album takes a theme of a treacherous journey through a post-apocalyptic world and this photo of the silhouettes of the 5 band members under an expansive and clouded sky captures the epic scope of this wonderful record.

The Book of Dowth by Suidakra tells a tale of an ancient book unearthed during an archaeological dig.  Upon being found the book begins to tell a story of the history of Celtic demons and also how they will rule the world once again.  I love how this drawing captures both the Celtic and metal style of the music and also shows the hero and battles sung about within the album.

Vikings, pillaging, an erupting volcano, a flaming sword.  Does one really need much more to tell of the awesomeness contained within?

7. The Atlas Moth- An Ache for the Distance

No, this one isn’t on here because of the unmentionables, but because it is a well photographed photo that does a great job of capturing the bleakness and beauty contain on the album within.  I love how the white dove changes the whole context of the picture by being there and turns something that is dark and dreary into an atmosphere of hope in the darkness. 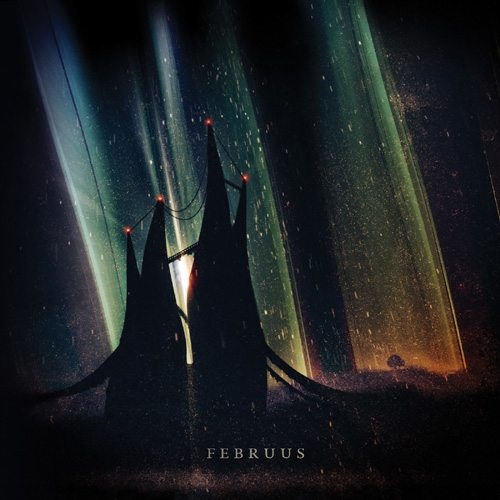 The use of subtle color make this album cover a winner.  The grainy effect and the great use of distances really show off what is contained within the music, which is very atmospheric and large in scope. 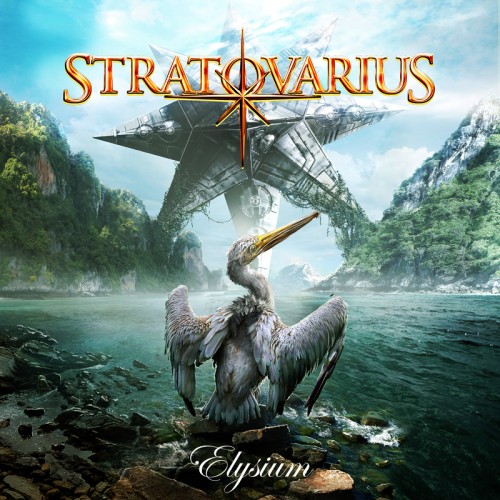 Much like Stratovarius‘ music this picture is about majesty.  The subtle yet bold colors really make this cover art pop.  The expansive landscape in the background show how huge the album and the pelican in the focal point demonstrates the grace of the music within. 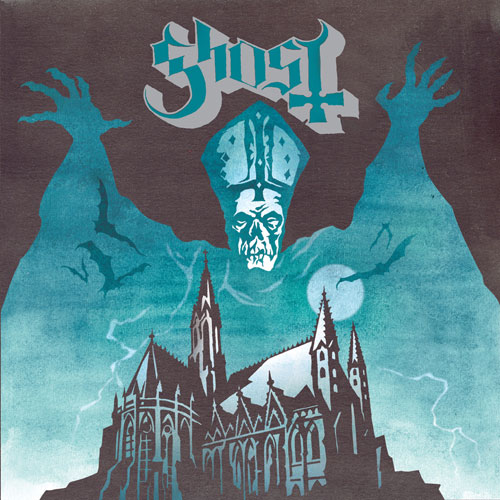 While it’s more or less a rip off of the movie poster for Salem’s Lot, the bright blue coloring and the 70’s style really captures the retro style of the album inside.  I would also like to mention that Ghost have an awesome band logo and is one of the most memorable ones I’ve seen in recent years.

Opeth‘s change from a more dark and dreary album cover to something bright-colored also reflected a change in their music.  Along with all the imagery references(the heads, the roots, the overall style), I love how this is a throwback to some of the prog records from the 60’s and 70’s that inspired it such as Gentle Giant and Uriah Heep.

2. Turisas- Stand Up and Fight

Listening to Stand Up and Fight is like watching an epic movie in the vein of Ben-Hur or Spartacus.  And if you go and look at the movie posters for those films you will see quite a lot of similarities between this album cover and those posters, and that is what makes this album cover so cool, it perfectly captures the compete essence of the album with one glance.

I know the word “epic” is way over used when describing many things, but I can’t think of a word more fitting for this beautifully drawn album art.  Along with the music on the album, this cover art is just huge and captures the theme of the album, pursuit of immortality and legacy, extremely well.  It’s art such as this that make owning the actual physical album very much worth it.